Nick Hanauer is ultra-rich, yet he speaks out against the #extremegreed that has taken hold of our economy.

He sees the terrible inequality and strife in our society, and isn’t shy to say: “No society can sustain this kind of rising inequality. In fact, there is no example in human history where wealth accumulated like this and the pitchforks didn’t eventually come out.”

Despite his use of the word pitchforks, Nick Hanauer is urging fairness, and an understanding that without a prosperous middle class there can not be sustainable success for anyone, even those already rich.

Here is his article, titled: Ultra-rich man’s letter: “To My Fellow Filthy Rich Americans: The Pitchforks Are Coming” 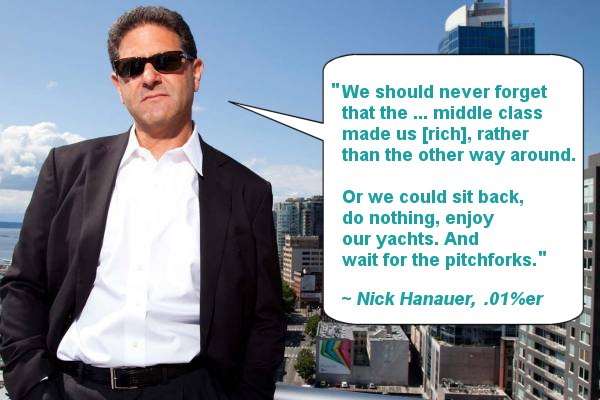