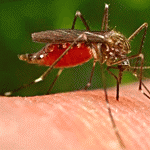 Without public funding, research and development most of today’s technologies and businesses would not be possible.

Public spending routinely bears the risk and major expense, with businesses swooping in late in the game to make the profits and not repay the public debt. An example is Apple’s iPhone, which benefited immensely from publicly funded development of the Internet, GPS, voice recognition and touch screen technology. It is only after these tools were in place that companies such as Apple and Facebook were able to piggyback their ideas into success, without any reciprocal contributing to public taxes or infrastructure.

Similarly, venture capitalists rarely enter into a technology area where the risks are high, leaving the governments to foot the bill. This happens even as business pundits insist that it is business who is innovating and taking the risks.

In her book, The Entrepreneurial State, Innovations Professor Mariana Mazzucato shows how we need a new, symbiotic model for government-business development and shared prosperity, rather than the parasitic model used with today’s #extremegreed version of capitalism.

Here’s a review of the book, along with an excellent response by the author: http://www.economist.com/news/business/21584307-new-book-points-out-big-role-governments-play-creating-innovative-businesses

Says Mariana Mazzucato: “The issue is that the funds are coming from the taxpayer. Given that many of the companies that benefit from such funding pay back very little tax, and many of the jobs generated go global, thinking less naively about the risk-return nexus will make the innovation cycle more sustainable.” [and provide prosperity for more than just that company.] 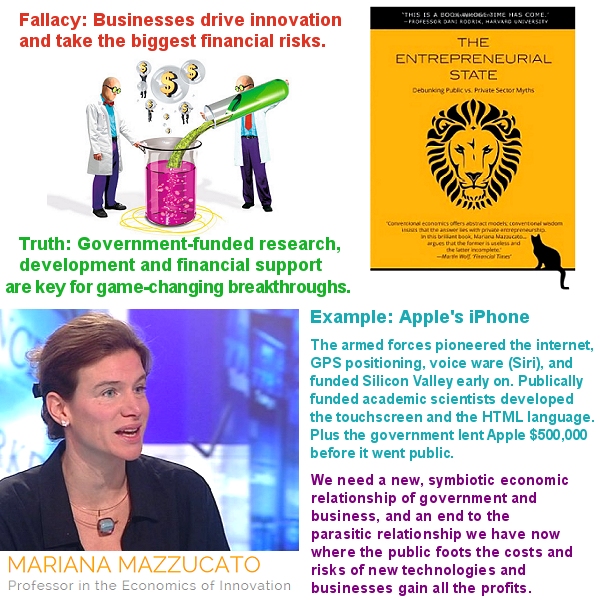