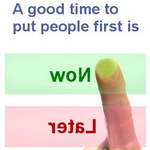 In Canada, we have a federal election this October. We are already seeing the two faces of the right-wing party that is currently in power. Between elections they reduce democracy and environmental efforts, by making life better for big corporations and more difficult for hard-working people. Then, during elections, they throw families a few bones, try to sound like they care, and make fun of an opposing leader’s hair.

The current party has also cynically and ruthlessly called an early start to the election, knowing their business-friendly advertising coffers are more full than the other two parties. If this plays the way they hope, even if they get a minority government they’ll be in a strong position due to money, not policies or caring about Canadians.

Defeating this right-wing party is not about this being time for a change in general, but being very specifically a time when people are waking up to this unfair, winner-take-all economy (and the politics that are making it worse, not better for people).

We need candidates who become active voices in parliament – not silent servants of the prime minister – who demonstrate through progressive legislation that they care about people.

For Canada, this means voting either Liberal or NDP, and when possible, avoiding vote-splitting (where more votes go to a Conservative candidate than the total of Liberal and NDP votes in a given riding). You can help prevent this by signing up at LeadNow.ca, who will send you information about opportunities to prevent vote-splitting in your riding.

You can also get riding information to prevent vote-splitting at DefeatHarper.ca. They provide information on your riding’s voting counts in the previous federal election.

A good time to put people first is now – in our homes, in our communities, in our businesses, and especially in our elections. People matter most. 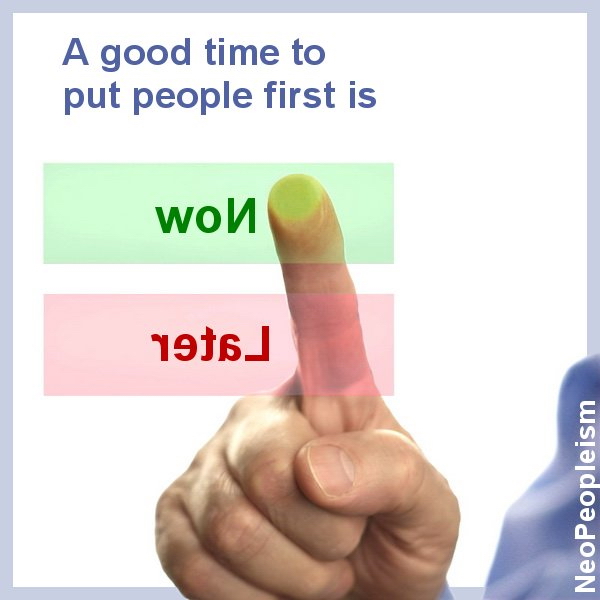