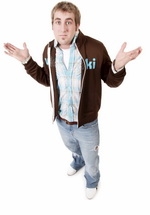 Life in the 21st century has a lot of really good things. There’s been health advances, new music and art, and amazing technology. There are powerful ways for people to share and communicate, from Facebook to Pinterest to Skype. On paper it sounds pretty good. On screens it looks even better!

But we’re clearly sensing that something’s not right here. There are too many things going on that miss the mark for regular folks, taking us to places that we didn’t expect to end up, both personally and as nations.

For a while we were hoping that if we just kept our heads down it would all sort out, but it hasn’t. There’s been so much wrong stuff happening that it’s getting hard to keep it all straight.

So we’re going to make a list of the stuff that needs fixing.

This list will be a way for us to see a bigger picture, and give us a springboard for action — a place to pick some things that we could see changing, and making better.

Because we want to share the hope that things can be made right for people.

The List: 5 things that aren’t right that affect regular folks

You can probably think of many things that make our society a tough place. Guesses are a lot of them are in one of these five categories, but there could be more!

The first good news is that  it’s not just a few people who think things are going the wrong direction. You’re in good company!

The second good news is that everything in this list can be set right with people getting involved, focusing more on people, and playing more active roles in our communities.

[Return to the home page of NeoPeopleism.com.]